It’s well recognised that project management is an essential skill for all of us these days – even outside work. Inside work, there is the added dimension of project governance – who sets the parameters for any project and who’s ultimately accountable – and this usually falls to a senior manager. This person will often find they have multiple projects to oversee – or, truth be told, to juggle – some more successfully than others. It’s not just an understanding of how to manage a project the sponsor needs, it’s also Project Leadership.

For nearly 30 years, =mc has been helping charities, INGOs, local authorities and arts and culture organisations to better manage their projects using our specially designed and developed Systems Model. And then a year or so ago some of the same organisations started to come to us saying, “This is working brilliantly for our project managers, but now our senior managers – the project sponsors – the people who aren’t in day-to-day control, but who are ultimately accountable are asking ‘What about them?’” This question about project leadership was one we had been discussing internally for some time.

If you’re a project leader you already know the role is not easy. Ideally it would be undertaken largely at a macro level – overseeing several projects at different stages of their life cycle; checking in with your project managers at regular intervals and taking the lead on project governance. Too often, though, many project sponsors find themselves worrying about – or worse, getting involved in – the nitty gritty, day-to-day project management as well, and finding it all too much. Instead of being able to simply tick off projects as they reach completion, deadlines pile up, managers demand more direction, and your ‘day job’ gets squeezed beyond what’s doable.

If sounds like your situation and you wish it didn’t, try focussing on these three areas:

1. Navigate by the stars – not by the waves

A key element of project governance is making sure any project is aligned to the organisation’s strategic direction, reflecting its vision, ambition, and goals. Without this guiding principle, your projects may carry you in the wrong direction. As the sponsor, take a hard look at the end result(s) any project is designed to deliver from a strategic perspective before giving it sign-off to go ahead.

A sound principle, but not one that’s always followed… One international charity we have been working with found that far from focussing on the bigger picture, their project board meetings were constantly pulled into operational discussions. As a result, the meetings were long, fractured and frustrating. And worse, mission creep was setting in. In the short term this was making projects even harder to deliver. Left un-tackled, in the long term it could destabilise the organisation.

Don’t let this happen to you. Instead, ask yourself “Are our projects heading in the right direction? In what way do our projects deliver our mission?” And ask your project manager, “Will the stated scope of the project deliver the outcomes the organisation needs?”

By taking a more strategic view, you should also be able to look across the organisation and review your project effectiveness. This is about ensuring your precious resources (people, time, money) are doing what they are meant to be doing – and in the most efficient way possible.

One of our customers – a small charity – had ambitious growth plans, which meant carefully balancing resources: cutting some programmes and pumping resources into others. At the same time, teams had to find new, more efficient ways to work.

If this sounds familiar, ask yourself, “Do we have the right level of resource in the right places? Are there things we need to stop doing? What’s a higher priority project to deliver?” And ask your project manager, “Is there a more efficient way of delivering the outcomes we have agreed?”

3. Be an Admiral, not a Captain

Unlike organisational hierarchy, projects cut across roles and levels. As project sponsor, you may find yourself with a more senior decision maker working under you as part of the project team. And it’s not unusual for a project manager to have stakeholders at a more senior level. If their authority is challenged as a result of this, it can mean they struggle to get the traction they need for their projects. Not surprisingly, it’s your role as sponsor to unlock decision making wherever the blockage, using your influence to overcome hurdles.

A large arts organisation who brought us in to help them with their project leadership found the project managers were not willing to make decisions that they deemed “Beyond my pay-grade.”  It had become increasingly clear the project sponsors had to be able to coach, enable, and set clear levels of authority for project managers or forever be pulled back down into every little decision.

Avoid being pulled into the nitty gritty – ask yourself, “Which stakeholders do I need to influence and why? What decisions can I delegate, and how should I do that? And ask your project manager, “What do you suggest we do? What solutions can you see?”

Project Leadership is an important and essential role in delivering organisational success. As a project sponsor your role is to take a step back, review resources, and unlock decision making. Sometimes this means being brave enough to say “stop” or “pause” – and sometimes it means being willing to challenge other leaders. All of which is much easier if you have a guiding, strategic purpose and clear lines of accountability.

If you or your organisation is getting stuck or you feel as though you’re drowning in projects, get in touch and ask for Laura Slater, our expert Senior L&D Consultant. Call on 020 7978 1516.

You may also be interested in our Project Leadership training programme. 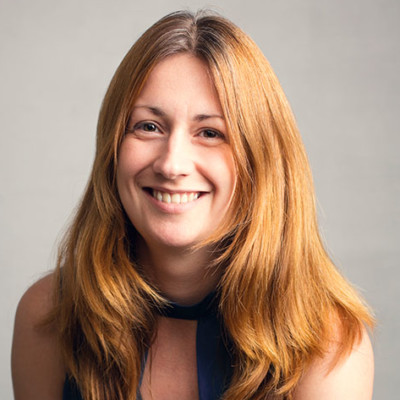 Laura specialises in project governance and management, as well as leadership and management development. Laura has 8 years’ experience in the charity sector, in particular developing and delivering regional...